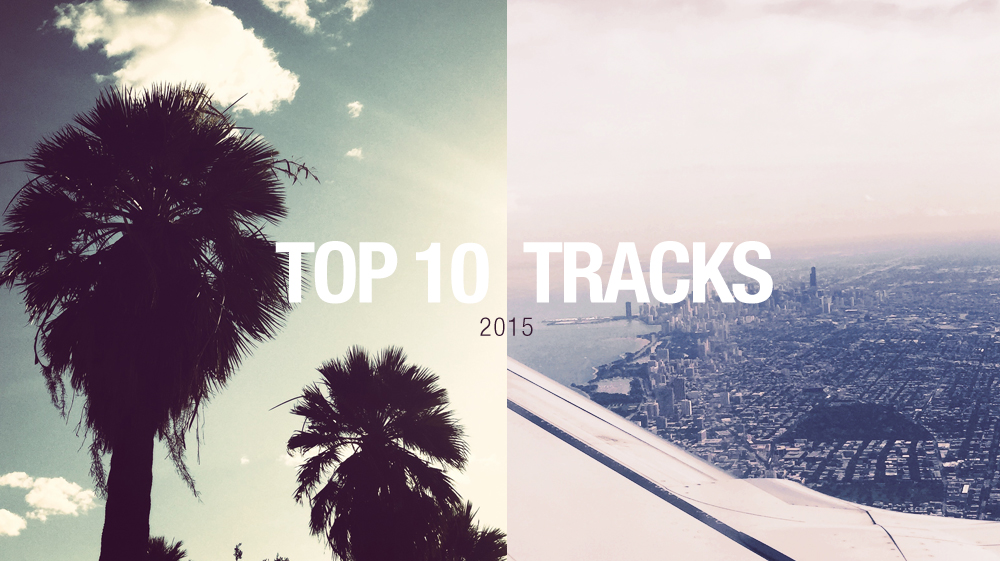 The creation of the list started with the most played tracks of 2015. From there, the evaluation criteria focused on tracks with a significant memory and emotion, tracks that I couldn’t stop listening to and tracks that helped define me and the last year of my life. It is important to note that some of these tracks were not released in 2015, but that doesn’t matter to me. It’s a personal list and a list that reflects the life, emotion and events of 2015.

3. No Sugar in My Coffee – Caught a Ghost

And if you want to subscribe to the Spotify playlist, here it is:

As 2013 comes to a close, I want to share with you my favorite albums of the year. Now, there are a lot of “Top Album” lists out there with many different conditions. Let me first outline how I came to this list and what factors I used to determine my Top Album list.

Like I mentioned before, there are many lists like this. I haven’t aligned my choice to any lists by the critics or industry blogs, nor have I even looked at them. I wanted to make sure this list was what I listened to; my personal list.

I’m a huge fan of EDM and particularly Justice. It is a live album and at times I find those types of albums annoying, but this one has fantastic rhythm throughout and a great musical story. Plus, there’s a great Jay Z drop in the middle of D.A.N.C.E.
Spotify Link

Pretty Lights – A Color Map of the Sun (Deluxe Edition) I find most of the previous Pretty Lights albums as average, however this album was off the charts! I love the band accompaniment and story telling within the Deluxe Version. Not to mention, his concert this year was one of the best concerts I’ve seen.
Spotify Link

London Grammar – If You Wait

These guys are relatively new to the scene from England. I first heard them on the Annie Nightingale show earlier in the year; their guest mix blew me away and I couldn’t wait for their freshmen release. It’s a bit slower and a bit more lyrical than most of what I listened to this year, but still amazing. I just wish I purchased tickets in time to see them when they were in Chicago.
Spotify Link Boards of Canada, what more can you say? One of the most anticipated albums of the year, in my book. Epic story, outstanding execution; I can listen to this album over and over again. Additionally, beyond the album, the music videos complement the music perfectly.
Spotify Link

Another great find of mine from the BBC. It all started when I first heard “Holdin On,” his first single from the self-titled album. Somewhat atmospheric with a hint of EDM, this album is perfect for music during a house party or informal gathering. I just hope he comes to the States to tour soon.
Spotify Link

In all honesty, I don’t know much about these guys, but the album is a chill mixture of music and is ideal to start off your day.
Spotify Link

I’m pretty sure most people know his music from the movie “Drive” starting Ryan Gosling. Beyond that, I really dig his album release this year, not because of Ryan Gosling, but because all of his music reminds me of the good old days of 1980’s music.
Spotify Link

It was a surprise to me that they released an album this year, but once Eric told me about it, I was blown away. Surprisingly, PSB went far into dance music in this release. Epic beats make me want to just stand up and dance!
Spotify Link

Well, that’s my list. I welcome any feedback and other suggestions on albums I may have missed this year. I’ve provided some Spotify links to the albums so if you want to listen yourself, they’re just a click away.

Also, I’m pretty sure Kanye is going to be pissed with me.